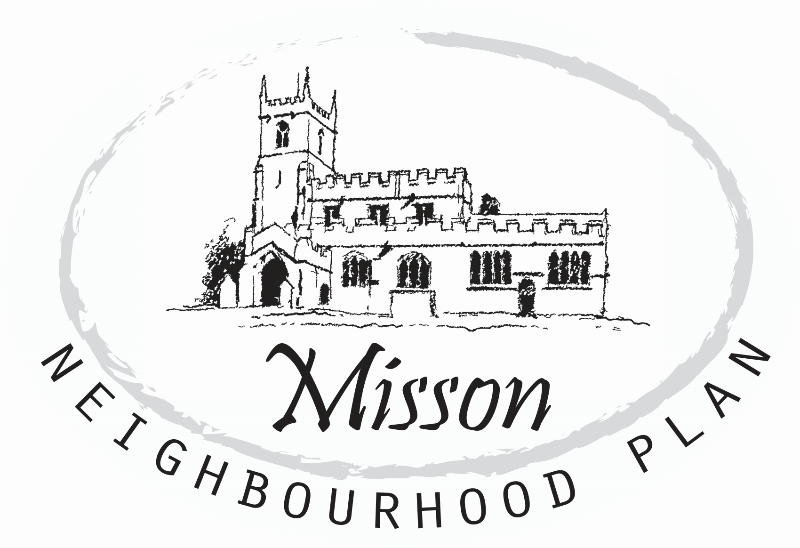 The Plan sets out a vision for the area and establishes the type of development needed to help sustain the community. If made, it will become part of the development plan for land use and development proposals within Misson until 2031.

The Plan can be inspected at:

If you have any comments on the Neighbourhood Plan proposal, please respond by e-mail to james.green@bassetlaw.gov.uk

Or in writing to:

All responses must be received no later than 5pm on the 14 February 2017.

Any representations may include a request to be notified of our decision under Regulation 19 in relation to this Neighbourhood Plan.

On Monday 4th September Misson Neighbourhood Plan Steering Group will be holding an open evening from 5pm to 8pm in Misson Community Centre to present the Plan in its final draft, following the Independent Assessors Recommendations, together with the Design Guide.

Everyone is welcome and can call in at a convenient time as there are no formal presentations. Members of the Group will be there to explain how with the significant contribution of the local community, businesses and school they have been able to develop the final draft of the plan that takes into account the feedback received during the last three years and which will form the basis for how Misson can be developed through to 2030 to meet the needs of the local community

On Thursday 7th September 2017 there will be a Referendum when everyone in the Parish of Misson will be given the opportunity to approve or reject the Neighbourhood Plan. Voting will be available from 7am to 10pm in Misson Community Centre and will be administered by Bassetlaw District Council. Counting of the votes cast will be undertaken after the Polling Station closes and the decision recorded by Bassetlaw District Council

Thanks to all those in the local community who have participated during the last three years and in particular members of the Steering Group who have attended many meetings all of whom have a better appreciation of planning policy and Urban Design and Planning than they did three years ago.

Referendum on the adoption of

A referendum will be held on Thursday,  7th September 2017  to decide on the Question below:

‘Do you want Bassetlaw District Council to use the Neighbourhood Plan for Misson to help it decide planning applications in the neighbourhood area?’

Applications to be included on the register of electors for this election must be received no later than Monday, 21st August 2017.

Applications to vote by proxy at this referendum applied for on grounds of physical incapacity, or because of work/service reasons, that occurred after 5 pm on Wednesday, 30th August 2017 must reach the Electoral Registration Officer at Bassetlaw District Council, Queen’s Buildings, Potter Street, Worksop S80 2AH by 5.00 p.m. on Thursday, 7th September 2017.

Thank you to everyone who made the effort to vote yesterday, the final results can be accesses via the link below.